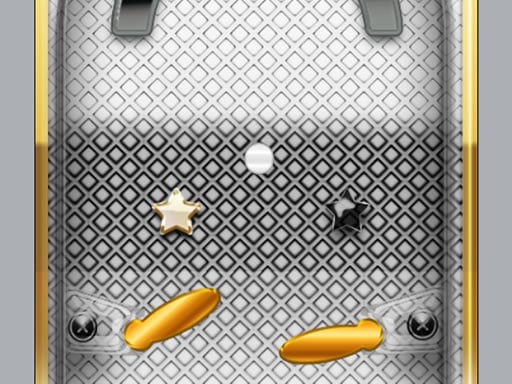 A classic pinball game with an interesting twist! In this pinball game, your score is based on the number of golden starts that you catch throughout the game! Each golden star lasts for 18 seconds and you to hit it with the ball during this time in order to catch it. After some time, black stars also appear on the screen. These black stars last shorter than golden ones (5 seconds), but if you accidentally hit them, you will lose the game.